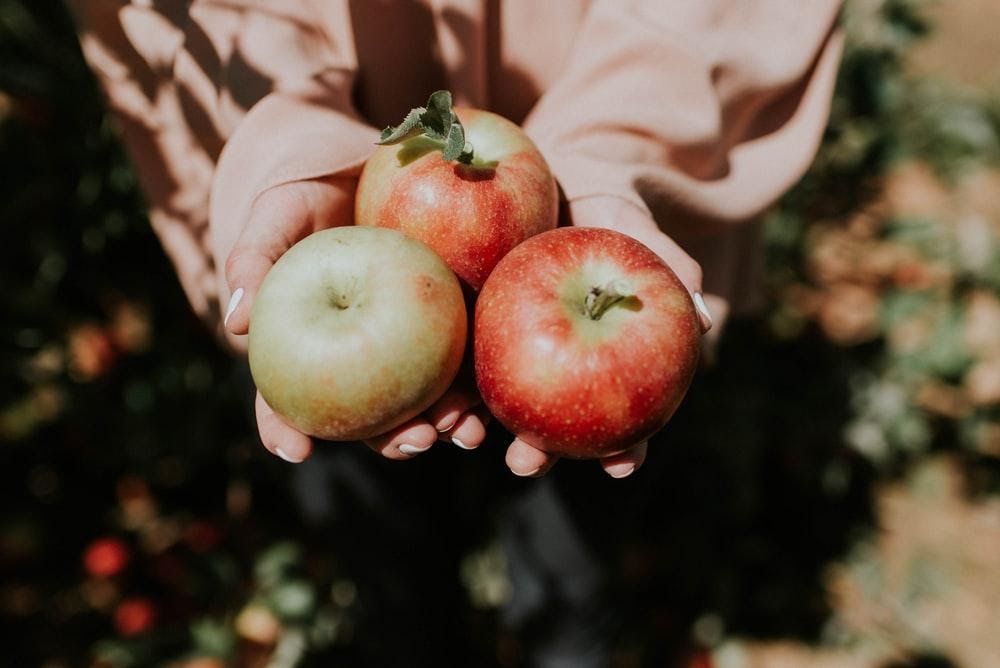 Apple in itself is very nutritious. Why wouldn’t it be? It is supposed to keep the doctors away. So when humans decided to ferment its sugar with some bacteria (it’s Acetobacter for our science geeks), we were blessed with apple cider vinegar. You may have heard about the benefits of ACV, and if you too are wondering if it is worth all the hype around it then read till the end to know all you would to know about this golden sour liquid. Access its health benefits and uses before you add it in your grocery list.

What Exactly Is Apple Cider Vinegar?

Apple Cider Vinegar is made of apples (we know its name isn’t very enlightening either). It is believed to have been first produced in Britain, learnt by Romans and like many other things, they made it popular. If you are wondering how it is made then, apple cider vinegar or ACV is made like any other vinegar. Sugar in apples is fermented to form ethanol which is oxidized aerobically to form the vinegar.

Here is the list of major benefits of apple cider vinegar in different ways:

One of the widely believed benefits of ACV includes weight loss. As it happens, ACV is a low calorie drink, which can be added to water and can be drunk on an empty stomach, first thing in the morning. Several clinical trials have also suggested that acetic acid, which is found in abundance in ACV, reduces fat accumulation in the body. Interestingly, consumption of ACV before meals has shown a portion cut in people consuming it. So basically, it is lowering your fat deposition, you feel less hungry and it in itself does not have a lot of calories. Does that not sound like a perfect mix for aiding weight loss?

Vinegar, when unpasteurized, contains some helpful pro-biotic microorganisms which improve your digestive health. In the unfiltered form, which is called ‘mother,’ ACV ids believed to contain several enzymes, pectin, and protein, all of which are said to reduce acid reflux. Therefore it is an old remedy for acid reflux which causes heartburn.

If that wasn’t enough, ACV has some anti-septic properties as well. Cleaning and disinfection have been its function for a very long time. Hippocrates mentioned ACV as a disinfectant and used its concoction to cure mild throat infections (yeah, that old). Though we would strongly suggest you to not go pouring vinegar on your open wounds; a straight no-no. But it can be used, in an extremely diluted form, for treating bacterial acne, fungal infections, and a flaky scalp.

Helps in cure of diabetes

There has been some research which suggests that apple cider vinegar can help treat type 2 diabetes. Type 2 diabetes is characterized by insulin resistance and intake of ACV has shown to improve insulin sensitivity, which is vital to the treatment of type 2 diabetes.  It is a natural way to help with lowering blood sugar level but should not wholly replace doctor prescribed medicines.

Another medical condition in which ACV is said to provide relief is polycystic ovarian syndrome or PCOS. An extensive study still needs to give concrete evidence but it is observed that consuming small amounts of ACV reduced the symptoms of PCOS, which included a more regular menstrual cycle.

Beauty industry uses ACV extensively to prepare face washes, toners and shampoos. Dab some dilute ACV with a cotton swab on your acne can lessen the breakouts and help lighten the marks on face. Apple Cider Vinegar is also recommended to cure dandruff on the scalp.  ACV rinse on your hair post-shampoo can make your locks look shinier, feel softer and frizz-free.

A splash of apple cider vinegar in your salads, sizzlers, barbeque sauce can make them taste so much better. Often teamed with olive oil, you can opt for ACV as your regular kitchen vinegar.

It is straight from our science textbooks; vinegar is added to food as a preservative. It can slow down the bacterial action on perishable items, thus increasing its shelf life. Isn’t this how we’ve been stashing pickles in our cupboards for ages?

With all those health benefits, apple cider vinegar can be incorporated in your life as a way to get those extra nutrients in your body.

Like everything else, Apple Cider Vinegar isn’t free of vices. There isn’t any fatal harm associated with ACV; most of its side effects arise from its excess consumption or allergy to the product itself, which depends on the person consuming it. It should be duly noted to never take ACV without diluting it with water. 1–2 tablespoons (15-30 ml) per day, mixed with water. That works like nectar to your body. (It is best to spread its consumption out into 2–3 doses throughout the day, ideally taking it before your meals.)

Due to its acidic nature, its oral consumption can cause tooth decay as too much acid weakens the enamel. Dilution and control will save you a trip to the dentist aided with all the health benefits. Intake of ACV for any medical purpose shouldn’t be done without a physician’s advice. Especially in people with suffering from type 1 diabetes, ACV can often worsen the symptoms. Therefore medical guidance should always be sought. Also, consumption in access can worsen the conditions of Gastroesophageal reflux disease or GERD. We cannot emphasize this enough, never consume ACV in a large amount. Too much acidity strips the stomach of its protective lining often causing painful ulcers.

The acidity of vinegar might cause skin irritation so always remember to wash off the acid from your skin within a restrained time frame (15-20 minutes at max.)People haven’t been wrong about apples keeping the doctors at bay. So this apple product (ahem) is very useful for the body. Especially if you are looking for natural alternatives for curing mild skin problems, this is a great product to go with. You can adjust the amount and the method to use it according to your needs and preferences. Nature doesn’t present its products with a prescription as such. So suit yourself with it. But don’t forget, even the proverb says, “an apple a day…,” so don’t overdo with it or it can cause many more problems than it is supposed to cure.