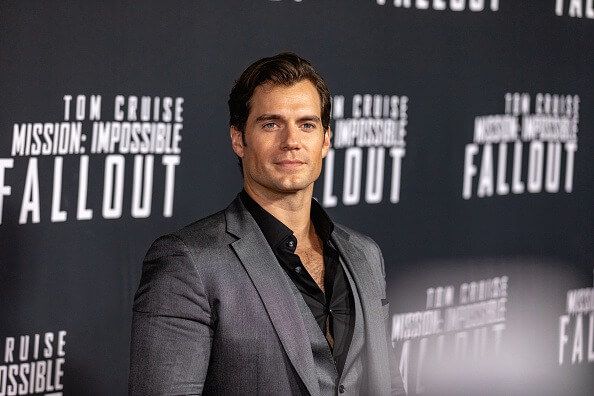 We are sure that you have heard the proverb “Beauty lies in the eyes of the beholder”. Beauty is subjective, that is, what is beautiful in someone’s eyes may not be so appealing to the next person and vice versa. And with that, we bring to you one such controversial topic today, the presence of a cleft chin in person.

Is cleft chin really a beauty statement? Or are you a person who absolutely despises a cleft chin? Whatever your reason be, keep on reading the article to know more about cleft chin and let us explore together more about this topic then.

What is a cleft chin?

Cleft chin refers to the condition of having a Y shaped dimple in the middle of their chin which is caused due to a genetic trait. This is also known as butt chin and both men and women can have it.

Cleft chin gets formed inside the womb and most people also have a chin which is intermediate between a cleft and smooth chin. Mandibles have prominent tubercles on either side but that does not lead to the cleft chin but what actually leads to a cleft chin is overlying mentalis muscle having a wide gap between them or thick muscles forming a deep central groove in the chin.

The formation of clefts can also occur in different shapes, existing in either vertical or Y-shaped crease to a round dimple. The trait of the cleft chin is also considered as cosmetic as it does not serve any biological function and does not have any impact other than making us look in a certain way.

Cleft chin is caused due to genetics. The formation of a dimple on the chin occurs when the two sides of the lower jaw do not completely fuse during fetal development.

However, more research needs to be done to validate the above assumption as it was found that the genetics involved were much more complicated than just cleft chin being simply ‘dominant’. The researchers notice that parents having no cleft chin will produce kids with a cleft chin.

The science behind cleft chins needs to have more probes to completely identify the gene which causes the deep groove in the middle of the chin. A lot of other factors apart from genetics, like environmental factors also play an important role in the formation.

What is the procedure for cleft chin removal?

Depending on an individual’s preference, the cleft chin may not be so pleasing for some and if you are someone who wants to know about some treatments that can help you to get rid of the chin dimple, then here are some effective medical and cosmetic procedures for you.

Chin surgeries usually either remove the cleft chin or reduces the size of the dimple and some of the popular treatments are:

In this procedure, synthetic soft tissue fillers are injected into the cleft groove. Depending upon the depth of the groove, a superficial or deeper injection is chosen by the surgeon. The procedure is safe and irreversible, however, it is costly and can last for only six to twelve months.

Our own body fat is used to fill the groove in the chin. It is more a permanent filler and has a higher efficiency and success rate. A popular procedure in fat grafting known as liposuction is generally applied for the filler. This technique uses the fat of the belly which is refined thoroughly and then moved towards the central chin.

One of the most popular methods of surgical removal of the cleft chin is Botox injections. Botox involves paralyzing the chin muscles to minimize the effect of the cleft chin. Botox is mixed with fillers to have a synergistic effect. It is a short-lived process and only lasts for a few months.

One of the most complicated procedures, genioplasty involves modifying the jawbones or adjusting the locations of the chin muscles. Chin implants or genioplasty helps in giving the chin a rounder look. The results of this treatment are permanent and very effective in nature, however, it takes a long period to show results and has a longer recovery period than any other treatments.

The cost of the surgeries are very expensive and moreover, it causes unwanted side effects in the body and some of them are:

If you are a person suffering from diabetes, sleep apnea, blood pressure imbalances or consuming other medications like aspirin or warfarin, consult your doctor before undergoing any surgery.

How to get a cleft chin?

Got surprised on seeing the question? Well, we have to admit that having a cleft chin is quite attractive and makes the person unique. Many people desire for a cleft chin and therefore undergoes surgeries to add a chin dimple.

Through these treatments, surgeons remove the soft tissue below the skin where the dimple is going to be formed. In some cases, it can also lead to the removal of a bone with the help of a cutting device known as ‘bur’.

Proper precautions should be taken while performing the surgeries and it should only be conducted under the supervision of a professional. Keep in mind that the results of the surgeries will not be immediate and it will be months before you get your desired results.

Now there you go, everything you need to know about having a cleft chin. Beauty standards are different for each person. You may or may not like having a cleft chin and the decision is entirely upon you to make the final call. However that being said, always believe that you are beautiful no matter what, with or without a cleft chin.