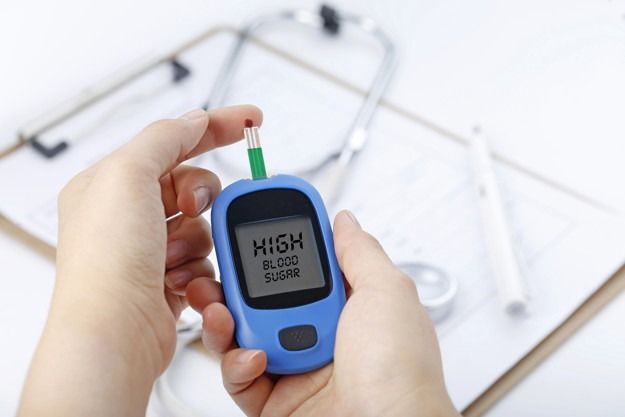 Experiencing frequent urination and unexplained weight loss? Or extreme fatigue and sores that take forever to heal? Have a family history of Diabetes? Need an insight into diabetes? If yes, then this article might be useful to you.

Diabetes mellitus is a disease that hampers the production or effective use of insulin in our body. How is that harmful? Insulin is a hormone that is responsible for metabolizing sugar in the blood. If Insulin doesn’t metabolize the blood sugar then, it will not be imbibed inside our cells and the energy requirements of the body will not be fulfilled. Moreover, all this sugar will remain unmetabolized in our blood, causing high blood sugar levels.

Our comprehensive article on Diabetes will explain all the doubts you could have about diabetes. Read on to know more!

Diabetes mellitus is a broad term used for different types of diabetes. All types have different causes and effects. But many environmental factors might put you at risk of developing diabetes. Some of these risk factors are:

If due to any reason your body is not producing as much insulin as it should, then it results in insulin deficiency and high blood sugar leading to type 1 diabetes. Similarly, if your pancreas is producing insulin but the body is resisting it due to some reason, the sugar will still not get metabolized and the pancreas will slow down the production of insulin because of its excess in blood. This type of situation is called pre-diabetes or diabetes type 2.

Apart from environmental factors, genes play a big role in diabetes. Experts have still not found out the association of genes with diabetes but the data proves that those who have a family history of diabetes are at higher risk of developing it. Some genetic conditions like cystic fibrosis and hemochromatosis are also said to be a factor that can cause diabetes since they considerably damage the pancreas which in turn hinders the production of insulin.

Although, this does not happen very commonly, some women develop a type of diabetes called gestational diabetes, during their pregnancy. This happens because of hormones released by the placenta. These hormones are said to hinder the production of insulin somehow and consequently increased glucose levels in the blood.

As you age, the activeness of body functions, both internal and external, decreases. This results in a sedentary lifestyle, unhealthy weight gain, and muscle mass. These factors, previously observed in old people have now become a prominent cause of type 1 diabetes among the young generations too.

Obesity is thought to be one of the reasons behind insulin resistance in the body, although more research on a direct relationship between obesity and diabetes is being conducted.

6. Poor diet and lack of exercise

Unhealthy eating habits like those, that include eating foods that have zero to no nutritional value, have saturated fats and bad cholesterol when clubbed with no exercise causes insulin resistance in the body. Maintaining this kind of lifestyle causes not only diabetes but many other diseases.

Hormonal conditions like Crushing’s syndrome, Acromegaly, and Hyperthyroidism are also said to cause diabetes by inducing insulin resistance in the body.

There are mainly four types of diabetes

The symptoms of type 1 diabetes include feeling extremely hungry and thirsty, losing weight without trying, frequent urge to urinate, and feeling fatigued all the time. The younger generation is more prone to type 1 diabetes.

This disease is caused when the production of insulin is done normally by the pancreas but due to some reason, the body becomes resistant to insulin. Insulin resistance results in low glucose absorption by the cells and high blood sugar levels. Symptoms of type diabetes include blurry vision and sores that last longer than the usual healing time.

Other symptoms like weight loss, fatigue, increased hunger, and thirst are common to all types of diabetes. You are more prone to have type 2 diabetes if you don’t lead a healthy lifestyle.

Caused due to high blood sugar levels because of insulin resistance. This condition is like the entrance gate of type 2 diabetes and likewise, it is caused due to an unhealthy lifestyle.

Multiple hormones are released by the placenta during pregnancy which might obstruct the absorption of insulin by the cells resulting in diabetes.

Despite the complications, diabetes is a very common problem today. Even if you are not able to prevent it because sometimes, it’s not even in your control, with proper treatment and some lifestyle changes you will eventually be able to lead almost a normal life!